Klaus Ohlmann and Thomas Horz have done it again. The international soaring scene can rely on these two pilots and their gliding adventures – at anytime. Even at the end of the year, they steered a Stemme S10, focusing on the horizon – hour after hour. Together they accomplished the longest gliding distance of the year 2016. In Zapala, Argentina, they flew exactly 2417 km. Their gliding experience in the Cordilleres (Andes) in combination with the turbocharged Rotax engine of the Stemme S10 made this achievement possible. Stemme congratulates their outstanding performance. The New Year started almost like the previous year ended: Klaus Ohlmann and Thomas Horz already recording flight distances of more than 1000 and 2000 kilometers in their log book. Both pilots particularly appreciate the independence, the aircraft offers, as well as the gliding speed and the top performance. We look forward to their next gliding trips. 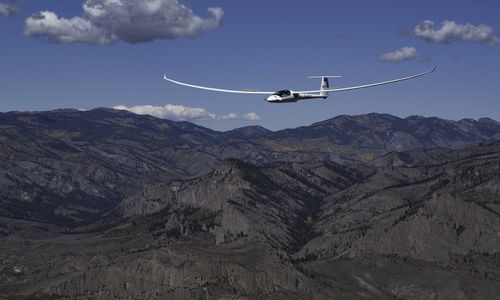 To provide you the latest Stemme pictures and videos for your private use we will update our Multimedia Section as often as possible.

Visit us at the AERO 2017 in Friedrichshafen

We are proud to announce our participation at this years AERO in Friedrichshafen (05.April - 08.April)